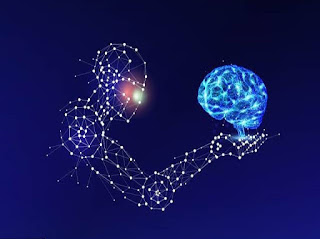 Given a labor pool that is not increasing at the rate required to meet the accelerating demand, enterprises are looking for technological solutions like intelligent automation that can enable the automated smart tasking of their workers empowered via prescriptive analytics and mobile software to overcome their challenges. As noted by Deep Agarwal, Regional Sales Director – Indian Sub-continent at Zebra Technologies, “Given the complexity of their workflows, finding the right domain expertise for the job is key to a successful digital transformation. So too will be orchestrating human and robot workflows in a synergistic way across the warehouse and distribution center as well as the retail store.”

A new robotic hand has a surprisingly humanlike way to cool off: it can sweat. This isn't a traditional all-metal construction bot, in which case oozing water would probably mean something’s going wrong, or pose a threat to the electronics inside. The sweaty robot, described in a new study in Science Robotics, is made of flexible hydrogels. Hydrogel robots, also called “soft” robots, are useful because they’re less dangerous—say, for example, a factory worker hits their head on one—compared to colliding with something made of metal. But soft robots also come with a different set of engineering challenges. 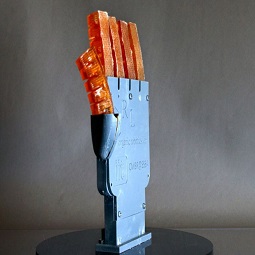 How robotics can be extremely beneficial to warehouse business 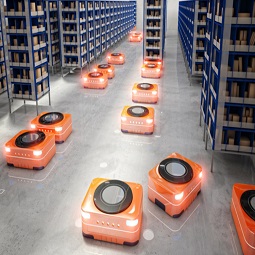 There is no doubt that warehouse robotics can increase the efficiency of human workers in more than one way.
Especially when it comes to moving heavy products and transporting them to far-fetched locations, there would perhaps be no better alternative than warehouse automotive solutions.
In today’s fast-moving e-commerce scenario, supply chain officials often tend to come across several logistics challenges.
Particularly, meeting all-inclusive demands of consumers requires utmost dedication from the operator’s end.

Posted by Robert Lee at 2:38 AM No comments:

The robotic fry cook Flippy is getting a new look 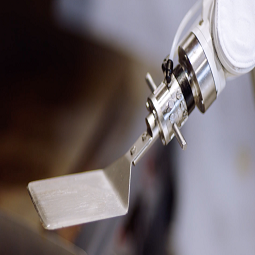 Miso Robotics, the designers of the world’s most popular robotic fry cook “Flippy,” is giving their burger-flipping, french fry-prepping robot a new look.
The company has designed a new installation for its robotic arm that slots under the hood above a fry station instead of planting the robot on a kitchen floor.
It’s a move that’s designed to save space and improve efficiency as the company starts pitching its robotic chefs to quick-service restaurants like McDonald’s and Burger King around the country.
Miso’s move comes even as other startups attempting to automate the preparation of everything from pizza to burgers are getting burned. Zume, the formerly high-flying would-be robotic pizza maker and packaging company, recently had to lay off a chunk of its workforce, and Creator, the automated burger prep restaurant, is still operating from a single location in San Francisco two years after its launch.

From home to healthcare, here are Robotic innovations transforming lives 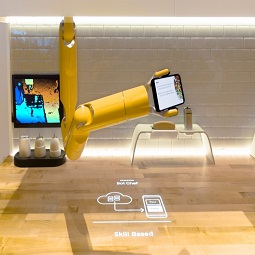 From home, healthcare and manufacturing to transportation, education to the environment, robots have already touched almost all aspects of our lives. With rapid advances in Artificial Intelligence (AI), machine learning, and numerous other technologies, robots are becoming more capable, and affordable. Here are some of the robotic innovations that, in the not-so-distant future, will become widespread and change the way we live and work forever, making lives more convenient and meaningful. Delta Air Lines, in partnership with Sarcos Robotics, has developed a first-of-its-kind wearable robotic exoskeleton, the Guardian XO, a battery-powered industrial robot combining human intelligence with the power of machines. 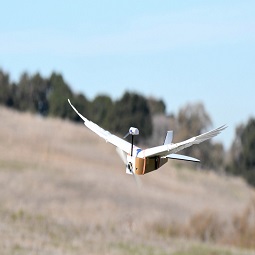 Try as they might, even the most advanced roboticists on Earth struggle to recreate the effortless elegance and efficiency with which birds fly through the air. The “PigeonBot” from Stanford researchers takes a step toward changing that by investigating and demonstrating the unique qualities of feathered flight. On a superficial level, PigeonBot looks a bit, shall we say, like a school project. But a lot of thought went into this rather haphazard-looking contraption. Turns out the way birds fly is really not very well understood, as the relationship between the dynamic wing shape and positions of individual feathers are super complex. Mechanical engineering professor David Lentink challenged some of his graduate students to “dissect the biomechanics of the avian wing morphing mechanism and embody these insights in a morphing biohybrid robot that features real flight feathers,” taking as their model the common pigeon — the resilience of which Lentink admires.

Posted by Robert Lee at 2:17 AM No comments:

Legal considerations when it comes to robotics in surgery 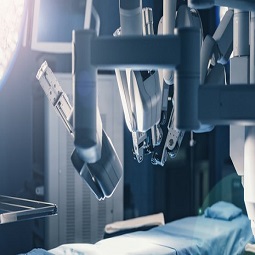 There are currently a number of surgical robotic systems on the market, ranging from the da Vinci Surgical System (used for a wide spectrum of surgical procedures, including urology and gynaecology procedures), to Smith & Nephew’s Navio Surgical System and Stryker’s Mako Robotic-Arm (both used for orthopaedic surgery), and CMR Surgical’s Versius surgical robotic system, which is used for laparoscopic procedures.
The use of robotics for surgical procedures undoubtedly has a number of potential benefits, such as making clinical care better, faster and safer; however, equally, there are a number of risks that need to be considered by the manufacturer and supplier of the robotics, the purchaser, as well as by the clinicians and patients.